Linda J. Parker
Aids activity
Comments Off on 2 new early intervention centers for children with special needs will be set up: Masagos

2 new early intervention centers for children with special needs will be set up: Masagos 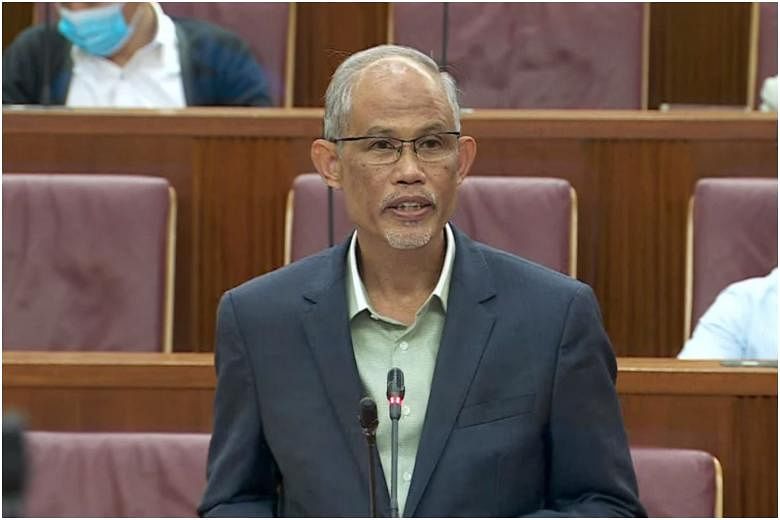 SINGAPORE – Two new government-funded centers that provide early intervention for children with special needs aged six and under will be established to meet the growing demand for support, said Masagos Zulkifli, Minister of Social Development and family, Wednesday, March 9. .

The first of the two centers of the Early Intervention for Infants and Children (Eipic) program should be ready by the end of this year, the second in mid-2024.

Additionally, from April, more private sector operators will join a program that will allow families to receive grants to help cover the cost of the intervention.

Sixteen centers will fall under the Enhanced Pilot Scheme for Private Intervention Providers (PPIP), a program of the Early Childhood Development Agency – up from 10 centers previously.

Thus, the total number of places in the program will increase by 40%, said Mr. Masagos, in a written response to Mr. Christopher de Souza (Holland-Bukit Timah GRC), who had tabled a parliamentary question asking if the PPIP could be extended to allow more families to qualify for financial assistance.

The PPIP offers families more choices of early intervention programs for children who need a medium to high level of support and who have been referred to Eipic.

The program complements Eipic, which is run by social service agencies, Masagos said.

“Nominated centers must participate in an open selection process and be evaluated in areas such as program design, quality of staff and center management,” he said.

He added that early intervention services in preschools have also been expanded to support more children with developmental needs.

For example, the Development Support Plus program was introduced in 2019 to meet the needs of children who have made progress on Eipic and are able to transition to receive intervention in a preschool setting, he said.

Another example is the ongoing Inclusive Support Program pilot project which has been gradually rolled out to seven preschools since October last year to support children aged three to six who need medium levels of intervention support. early.

Those who benefit from this program receive both preschool education and early intervention within their kindergarten.

Mr. de Souza also asked if more financial support could be given to all families with children with special needs, given the inevitable expenses they incur for the education and therapy of children, from early childhood adulthood.

In response, Mr. Masagos said the government had improved the affordability and quality of services for people with disabilities.