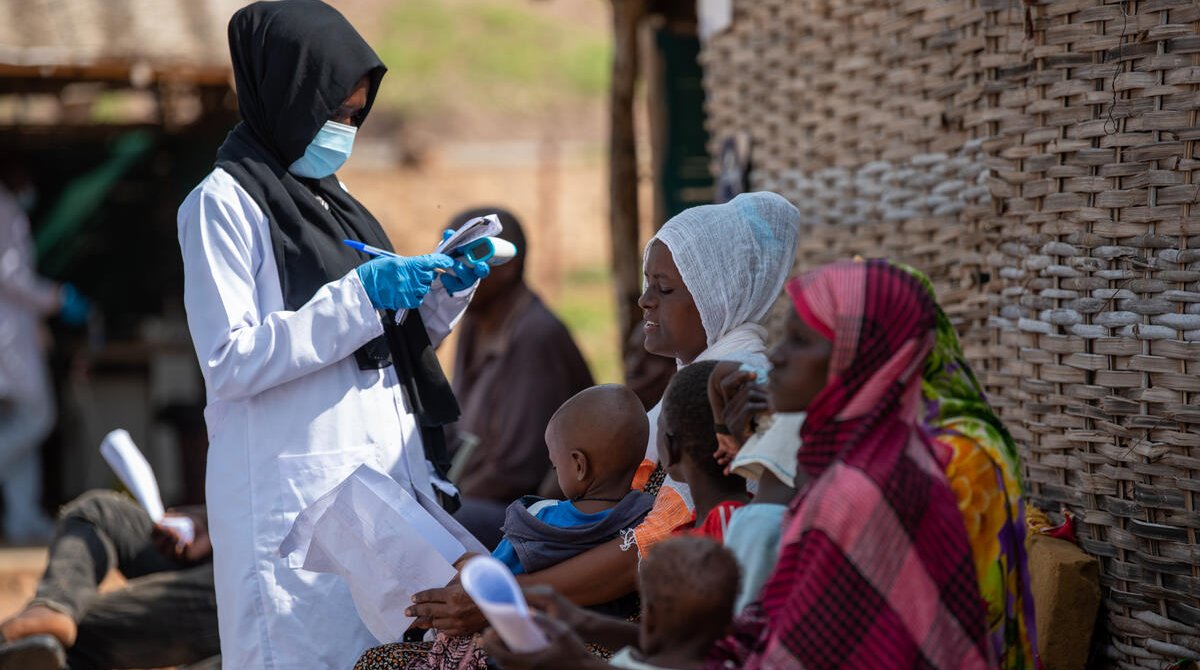 The ongoing war in Ukraine has affected 18 million people, of whom more than 4 million have fled the country. As of March 22, the World Health Organization (WHO) has recorded 64 attacks on health care in just 25 days, leaving 15 dead and 27 injured.

The impact on health care — infrastructure, workers and patients — is profound. As the world began to recover from the consequences of the COVID-19 pandemic, another crisis erupted, displacing and endangering the health and well-being of thousands of people.

From shortages of medical supplies and limited access to healthcare, to increased risk of infection, injury and death, the conflict in Ukraine has left people across the country in dire need of assistance. If past conflicts have taught us anything about the impact of war on health care, it is that this situation is likely to worsen as war drags on.

Here are five ways war affects global health and what you can do to help.

When war breaks out, hospitals and other facilities are often targeted or forced to modify their services to deal with the immediate crisis, while running out of supplies. This results in reduced access to health care, especially in areas that are already underserved or have few resources and fragile health infrastructure.

Additionally, because healthcare workers are often the target of conflict, patients with chronic conditions, including asthma and diabetes, are forced to wait long periods of time for care. This can lead to missed diagnoses and untreated conditions.

The conflict that erupted in 2020 in Ethiopia’s Tigray region, for example, caused the complete collapse of the health system. Six months into the war, only 27.5% of hospitals, 17.5% of health centers and 11% of ambulances were fully operational, according to a recent study.

Similarly, in Ukraine, facilities are running out at an alarming rate. At Chernihiv Children’s Hospital, where patients receive cancer treatment, the Russian military presence in surrounding areas has caused the facility’s food and medicine supply channels to be cut off.

War forces people to flee, creating massive internal and cross-border population movements. Civilians often have to endure long journeys from place to place, living in cramped refugee camps in poor sanitary conditions. In Ukraine alone, 6.5 million people have been internally displaced while a further 3.2 million have fled to neighboring countries.

Contrary to popular belief, population movements themselves are not associated with the spread of disease, rather it is the vulnerability of displaced people that makes them more susceptible to contracting communicable diseases such as HIV/AIDS and tuberculosis.

“Any time you disrupt society like this and literally set millions of people on the move, infectious diseases will exploit that,” the United States’ chief medical adviser, Anthony Fauci, told The Telegraph. “People are crammed, they’re stressed, they’re not eating, they’re not sleeping properly. They are very sensitive [to disease].”

3. Mental health is likely to deteriorate

In addition to its serious effects on physical health, conflict has a huge impact on mental health. Prolonged exposure to trauma, loss of life, disruption of normal social and professional life, and uncertainty about the future all lead to severe mental and emotional stress.

Globally, WHO data suggests that mental illness is prevalent among conflict-affected populations – 1 in 5 people in conflict experience mental illness.

In Gaza, for example, Doctors Without Borders found that 40% of young people suffered from mood disorders, 60-70% from post-traumatic stress disorder (PTSD) and 90% from other stress-related conditions.

In times of crisis, access to water, sanitation and hygiene (WASH) and adequate nutrition is almost always compromised. Water sources are often contaminated and water treatment systems frequently damaged, creating a breeding ground for waterborne diseases, such as cholera and diarrhoea.

Food shortages are also common. While starvation as a method of warfare is prohibited by the Geneva Convention, military activity disrupts food production and supply chains, leading to soaring prices and increased risks of acute malnutrition. In 2020 alone, food prices soared by up to 50% in Ethiopia and Yemen, putting millions of people on the brink of starvation.

Routine immunization programs are often interrupted during conflicts, leaving populations vulnerable to epidemics and disease outbreaks that could otherwise have been prevented.

This is especially crucial when considering COVID-19 or poliomyelitis, which currently has no cure. With consequences ranging from lifelong paralysis to death, the latter is particularly threatening to children under 5 – and getting vaccinated is the best way to avoid it.

In Ukraine, polio vaccination was already lagging before the war started. In 2014, barely 50% of Ukrainian children were fully immunized against polio and other preventable diseases, according to the WHO. The conflict is likely to aggravate the situation.

After a polio case was identified in the Rivne region in October 2021, the government unveiled a program to stop the outbreak in its tracks. But Russia’s invasion halted its implementation, with supply shortages, dysfunctional hospitals and displacement creating further hardship for communities.

What can global citizens do?

From Kyiv to Kabul, conflicts have destructive consequences on people’s health and livelihoods. That’s why Global Citizen is calling on world leaders and the business sector to do their part. Tomorrow, join us for the world’s largest digital rally for #StandUpForUkraine and refugees everywhere.