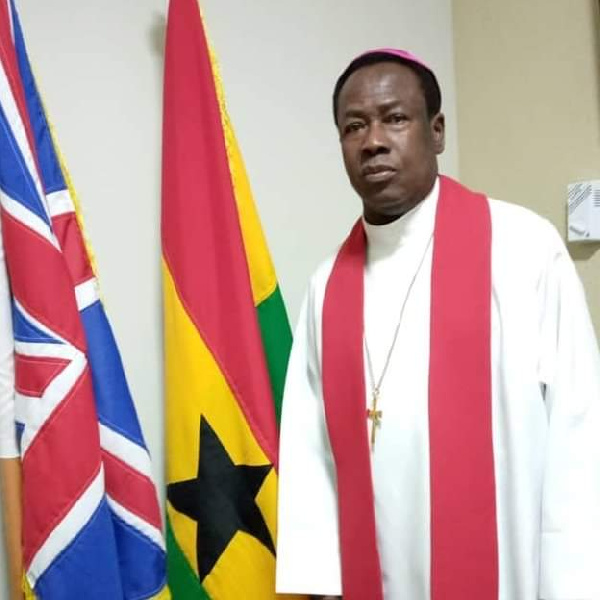 ActionPlus Foundation, a non-governmental organization operating in the UK and Ghana, has expressed concern over the apparent silence of the Ghana AIDS Commission on HIV / AIDS education in the country.

Apostle Fred Annin, the founder of the ActionPlus Foundation, made this known at a press conference in Accra.

At a press conference, ActionPlus Foundation Founder Apostle Annin called on all stakeholders and other organizations to work together to ensure Ghana achieves UNAIDS goal of ending HIV / AIDS by 2030.

According to 2018 UNAIDS statistics, 37.9 million people worldwide are living with HIV, while 1.1 million people die from Acquired Immune Deficiency Syndrome (AIDS) -related diseases and 320 million people are died of AIDS-related illnesses since the start of the epidemic.

Current data available shows that the HIV infection prevalence rate in Ghana stands at 1.7 percent while in 2017 the figure was 1.47 percent, making Ghana the 34th country with the highest rate out of 196 countries in the world with Swaziland recording the highest rate. .

Apostle Annin said that with ActionPlus’ experience in campaigning against HIV / AIDS over the years, they realized that when people hear more about HIV, they realize that the virus still exists and therefore take positive precautions to avoid contracting the virus.

Apostle Annin mentioned that the threat of HIV / AIDS is always with us and that silence about disease makes it flourish.

Giving some national and regional statistics, Apostle Annin said that the Greater Accra and Ashanti region has the highest prevalence rate of 3.2 percent while the Northern region has the lowest rate of 0.6 percent.

The West region followed with 2.4 percent in third position and the Volta region in fourth position with 2.3 percent.

He stressed that the silence on the HIV prevention campaign in recent times is very alarming. Apostle Fred Annin observed that HIV-related stigma and discrimination against people living with HIV continue to be a barrier to HIV intervention and that young people are also infected daily due to lack of education in HIV. HIV in schools and other public places.

He added that with ActionPlus’ experience in Ghana over the past 12 years, if urgent steps are not taken to break the lingering silence, the prevalence rate of consciousness creation could increase further.

Apostle Fred Osei Annin, reaffirmed the Foundation’s continued campaign against the disease, stressing that they will and will bring HIV education to all corners of the country despite having limited resources.

Ms Yasmin Dunkley, HIV / AIDS trainer from UK, who is in the country to train Actionplus health experts on HIV / AIDS issues, said 330,000 people are living with the HIV virus .

She called for people who do not know their status to get tested because there is so much new information and technological innovations available to stop the transmission of HIV.

Actionplus Foundation is a Christian non-governmental organization, an NGO, operating in the UK and Ghana.

Actionplus Ghana started its activities in Accra-Ghana in 2007 and now has branches all over the country.

The Foundation aims to ensure a world where people affected by HIV do not experience poverty, ill health and stigma.

Apostle Annin called on the government to invest in HIV / AIDS education and campaign to maintain the gains made over the years rather than focusing on tackling the epidemic.