Advocates sound alarm over abortion rights ahead of midterms 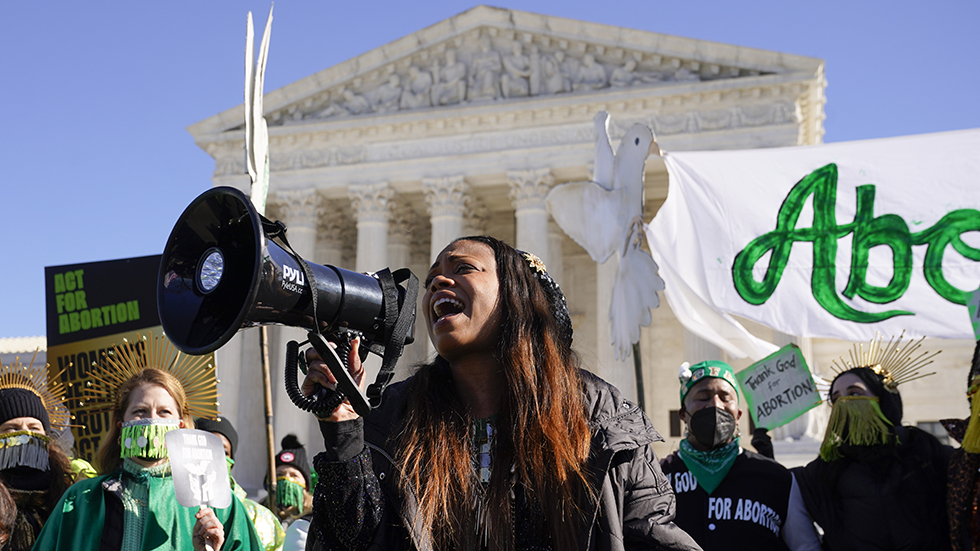 Progressives and advocates are sounding the alarm over tough abortion bans across the country and want Democrats to make abortion a major issue before the midterm elections.

Inspired by Texas, red states act quickly to restrict access to abortion. Arizona and Kentucky voted to approve a 15-week abortion ban. Idaho recently banned abortion after about six weeks of pregnancy and allowed private citizens to sue abortion providers. Oklahoma is on the verge of adopting a near total ban on abortion.

Above it all looms the Supreme Court, which is expected to rule this summer on a case that could overturn legal protections in Roe v. Wade, the landmark case that established the right to abortion.

“The stakes have never been higher. The impact has never been clearer,” said Jenny Lawson, national campaign manager at the Planned Parenthood Federation of America. “It’s hitting people in very real ways in this time and it will continue to do so while the Supreme Court makes this decision.”

Abortion rights advocates have said Democrats need to unite and send the message that if the constitutional right to abortion ends, Republicans will be held accountable.

And unless Democrats treat the erosion of abortion rights as a crisis, supporters said, they risk letting Republicans control the narrative.

“We believe that once people really see what is at stake and what it means for their ability to make their own decisions about their families, it will translate into significant electoral activity in favor of candidates who stand up for reproductive freedom and in opposition to candidates who try to take that freedom away from us,” said Kristin Ford, vice president of communications at NARAL Pro-Choice America.

In the coming months, the Supreme Court will rule on Dobbs v. Jackson Women’s Health Organization, which discusses the constitutionality of a Mississippi law that prohibits abortion after 15 weeks of pregnancy. If the court rules in favor of Mississippi, it could result in a rollback of abortion rights from state to state.

“As the threat to Roe vs. Wade becomes even more acute and Roe is truly in danger…we need elected officials and election candidates to be increasingly bold and vocal about what is at stake and what their commitments, so voters understand and can see those contrasts,” Ford said.

Polls show abortion rights a winning issue among Democratic voters. An NBC News poll released on March 30 showed progressive and moderate Democrats united around a hypothetical candidate who backed Roe against Wade, with a 31% favor advantage.

The survey showed Democrats will need to focus their messaging on “punitive measures” like criminalizing doctors and asking people to spy on their neighbors. Texas law allows private citizens to sue anyone who “aids or abets” an abortion after six weeks of pregnancy.

But despite favorable polls, it can be difficult to translate those responses into voter turnout, especially if voters don’t believe the threat to abortion rights is imminent.

The Planned Parenthood survey found that while most voters favored keeping Roe v. Wade, only 33% thought the Supreme Court would really overturn the decision.

Democrats will also need participation in battleground districts, and national opinions on the specifics of abortion can be complicated.

Marjorie Dannenfelser, president of anti-abortion group Susan B. Anthony List, celebrated the results, saying they showed support for the restriction was growing ahead of the Supreme Court ruling.

“Our work continues to educate the public about the millions of lives at stake in this case, and we hope that soon the people and their elected representatives in every state will have their right to protect unborn children and their mothers restored,” said Dannenfelser said in a statement.

Tresa Undem, co-founder and partner of nonpartisan polling firm PerryUndem, said abortion rights can mobilize voters, but they need to be aware of the threat. Outside of Texas, she said, the problem hasn’t really been solved.

The Texas law “has stuck with a lot of people, and I’d say about seven out of 10 voters think abortion rights are in jeopardy. That said, they don’t know anything about the Supreme Court. No one has heard of restrictions trying to pass in their state. You know, so they really don’t know what’s going on,” Undem said.

But Undem said it could be a compelling issue if the Supreme Court overturns Roe v. Wade or left the decision to individual states.

“They assume [abortion] the rights and the access exist, so why would they vote on this issue? Now, if the Supreme Court strikes down Roe or severely restricts abortion, and it happens, and voters are aware of it and they find out. Then? Absoutely.”

The Hill has removed its comments section, as there are many other forums for readers to join in the conversation. We invite you to join the discussion on Facebook and Twitter.