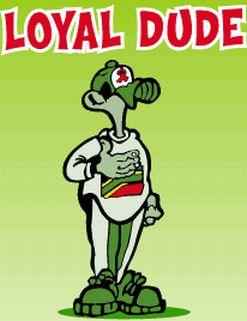 The guys from Gimme 5 represent the positive
and negative values. 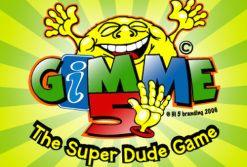 The successful Gimme 5 board game
combines education and entertainment
and change the way
children and adults learn about HIV / AIDS. 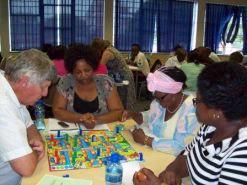 The game is that it is suitable for all ages
groups and it does not
complicated rules.
(Images: Give me 5)

A new board game, designed and developed by three South Africans, adds a spark to HIV / AIDS education and the direction of life across the country.

When we think of board games, we first think of memories of game nights fighting against opponents in a game of Monopoly, Pictionary or Balderdash. But now board games seem to be making a comeback as fun, interactive educational tools.

The Give me 5 The board game, now also available online, successfully combines education and entertainment and is changing the way children and adults learn about HIV / AIDS.

“I want to show the world that a South African product can pave the way for the holistic teaching of ethics and values,” says Kolnick.

“It has enormous potential for the future, enabling us to provide a holistic educational tool to reach anywhere in the world at any level in any language.”

Naming the game was important because it had to be something people could remember. Kolnick chose Gimme 5 because it is a universal slogan used by children and adults to recognize achievement.

A gimme 5, also known as a high five, is a celebratory hand gesture that involves slapping the raised flat hands.

Kolnick explains that the name identifies with fun and achievement as players progress around the board.

The beauty of the game is that it is suitable for all age groups and does not have complicated rules. Gimme 5 can be played by kids from R to grade 12 and up, but it can easily be adapted to meet the requirements of any organization’s goals or training program.

Gimme 5 has even been used as an educational tool at St Albans Prison in Port Elizabeth in the Eastern Cape Province.

Played by four individuals, or two teams of two players, it gives competitors the opportunity to make choices, strategize and take risks to win. The questions and answers are based on the educational requirements of the school programs for the relevant age groups.

Kolnick designed the game so that teachers, social organizations, universities, human resources departments and AIDS awareness groups can use the game to communicate information about HIV / AIDS in a way that will have an impact. sustainable.

The game starts at four different places on the board – a hut, a house, a cabin and a mansion – and shows that all people are affected by HIV / AIDS. Instead of the usual board squares, springboards and bridges outline the obstacles players must overcome as they progress through life.

Because the game requires planning to gain advantage and move forward, competitors learn the value of preparation, long-term thinking, and effective decision-making.

The table itself has no writing on it so it can be used for any language group.

Kolnick says that an important aspect of the game is to introduce good values. He designed easily recognizable characters known as Gimme 5 dudes that players of all ages can relate to.

They include the healthy guy; honest guy; caring guy; team guy; sure guy and college guy. The characters represent various aspects related to good and bad social and life habits.

Players need to get the guys together before they can move on to the next level.

Kolnick says that even though kids don’t remember all the facts, they still benefit from the life skills and values ​​imparted by the guys at Gimme 5.

Without even realizing it, people are having fun playing the game and at the same time they are learning valuable life skills.

According to Professor Susan van Rensburg of the Faculty of Education of the Nelson Mandela Metropolitan University, guys are particularly useful as representations of values.

“Their advantage is that they transcend the stumbling blocks of cultural and gender differences because they do not pose a threat or an offense to anyone,” van Rensburg said. “They are funky and all age groups can enjoy them.”