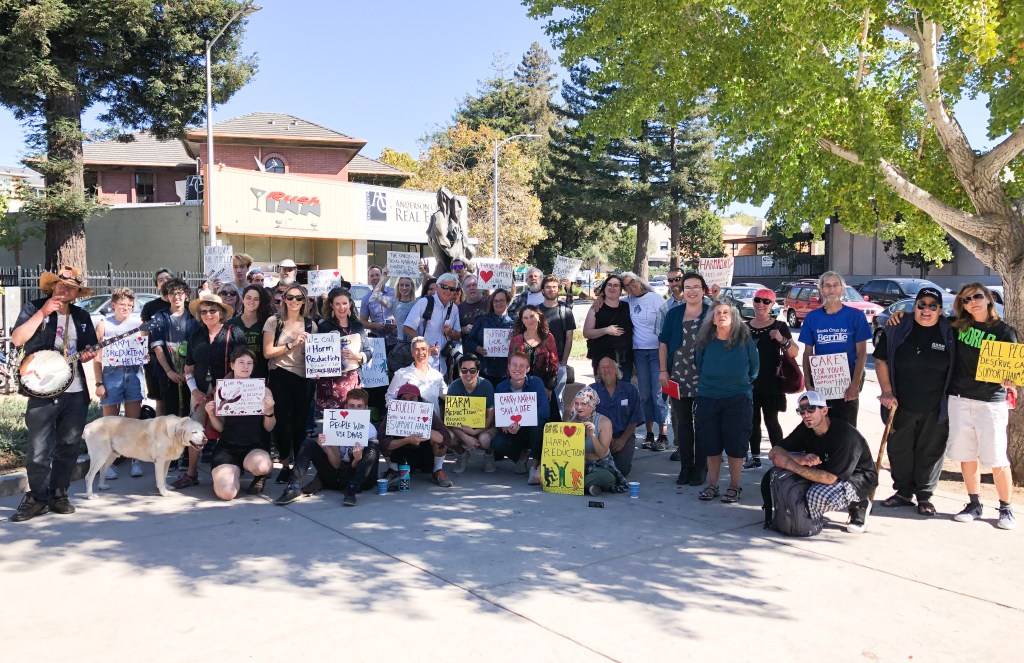 SANTA CRUZ — The Santa Cruz County Harm Reduction Coalition’s mission to prevent the spread of diseases such as HIV and hepatitis will be supported by a recent financial award.

The National Alliance of State and Territorial AIDS Directors, in conjunction with AIDS United, awarded the coalition a $100,000 grant on February 19. The grant will help the coalition expand its disease screening capabilities.

“This award is incredible news,” tax director Kate Garrett said in a prepared statement. “This adds urgent capability to both our viral disease work and our delivery program.”

The coalition is known for its needle exchange program, which allows drug users to exchange used needles for clean needles, a service needed to prevent the spread of diseases such as HIV and hepatitis. The organization also serves as an outreach program to provide people with addiction the help they need by serving as a bridge of trust between addicts and clinics.

This bridge goes beyond simply bringing people affected by addiction to addiction treatment. The coalition also strives to provide people with other illnesses such as HIV and hepatitis with the help they also need, another aspect that requires them to establish a relationship of trust with their clients.

“Our participants in particular are extremely suspicious of medical systems,” said program coordinator Dani Drysdale. “There is a lot of mistrust that we have to bridge and overcome. (We will have) another person in a role that will focus on that and they will build material around that designed for people who use drugs.

However, not all of the organization’s clients suffer from substance abuse. The coalition also works with homeless people or other low-income residents who need supplies or personal protective equipment.

The funding will primarily fuel efforts that the coalition had begun to develop. Thanks to the grant, he will be able to more easily deploy HIV and hepatitis testing. The tests will be rapid in nature. A finger prick can show results for both diseases in 20 minutes.

The grant will also allow the organization to provide delivery services. Drysdale said she thinks it’s important for people who can’t leave the shelter, like those in quarantine or who are immunocompromised.

Finally, it will help finance the development of a role within the coalition dedicated to viral diseases, which will be assumed by the founder of the coalition, Denise Elerick. The role will work with clients to get them tested and work towards treatment.

“We were rolling out HIV/HCV testing anyway through our partnership with HPHP,” Drysdale said. “It’s money for more testing, money for more incentives and that role of viral disease is really essential.”

Acquiring the new position will allow the coalition to increase its staff to over 10 members, which has been made possible by a large increase in budget and aided by grant funding. In recent years, the organization has increased its annual budget to $600,000, Drysdale noted.

Additionally, the coalition wants to increase efforts to get the county’s homeless population vaccinated against COVID-19. Statewide, only 10% of homeless people are vaccinated, according to Drysdale.

The Harm Reduction Coalition is collecting the grant money. It plans to introduce new staff in March and testing will begin later this month, Drysdale added.

“It’s just about building sustainability, building staff, bringing in more people,” Drysdale said. “It’s about bringing new people into the organization, getting them paid, strengthening our staff and better understanding our staffing model.”