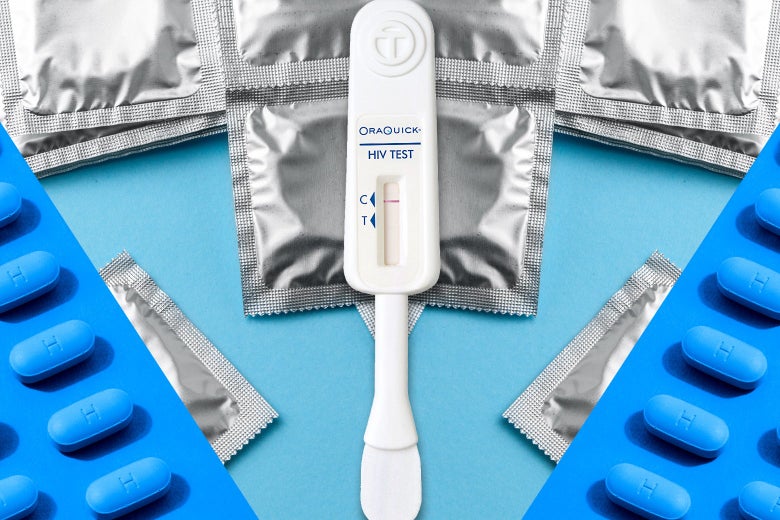 The White House’s COVID testing program has been, in some ways, a triumph. On January 18, the government launched a website allowing every American household to order four free home kits. Of course, he had to be pressured into providing them after Jen Psaki’s “should we send one to every American” blunder. Yes, the program has started after omicron’s thrust had peaked. And four tests per household? Good luck if you have roommates or kids.

But look at it this way: The government started sending out the tests just two years after the first reported case of COVID in the United States. And, while the future of government funding for COVID tests is shaky, households can currently order another round of four free tests.

That’s not how it worked with HIV, a virus that, like SARS-CoV-2, disproportionately affects marginalized communities and carries a ton of stigma. It’s been 10 years since the Food and Drug Administration approved home HIV testing (did you even know they existed?). About 1.2 million people in the United States are living with HIV, but about 150,000 don’t know it. Given the federal government’s “Ending the HIV Epidemic” initiative, which aims to diagnose everyone in the United States with HIV as soon as possible, I wondered: shouldn’t we not have a national program where anyone who needs an HIV test can have one sent to their home?

In fact, we briefly did. And it was very popular, although short-lived. The fact that it’s taken so long to get started — and it’s unclear if it will ever start again — shows how far we need to go to make HIV testing a real priority.

Currently, there is only one FDA-approved home HIV test called OraQuick. It comes in a large plastic case – the size of a hardcover book – that opens like a mini briefcase. It folds out into a complete workstation with notches that hold test equipment, a bound instruction manual and a real drawer that holds a test tube filled with reagent, a swab and booklets to explain the results. These tests are not perfect; people are encouraged to confirm the results with a lab test. And, unlike COVID tests, they look for antibodies that can take up to 90 days to appear, so they might not work if you were more recently exposed to HIV.

But they are very easy to use. Other than cleaning your gums, it’s a lot like a home COVID test, including seeing the results 20 minutes later. And to begin with, they offer a clear advantage in visiting a clinic. “I feel like individuals just appreciate the privacy and convenience of home testing,” says Juan Lopez, director of programs for the Aunt Rita’s Foundation, which mails out free HIV tests. at home to anyone living in Arizona. (If you buy the test at a pharmacy, it costs $40.) In 2020, more than 85% of people who participated in Aunt Rita’s program chose a free at-home test over the option of getting a test. free in a clinic.

More importantly, sending these tests by post reaches people who have never tested their HIV status, including people who are reluctant to face the stigma of in-person testing and those who live in communities without easy access to HIV services. A home test kit can be a gateway to these other services. A negative result is a good opportunity to discuss whether someone could benefit from PrEP or pre-exposure prophylaxis, which is a drug that prevents getting HIV, says Jen Hecht, co-founder and director of Building Healthy Online Communities. A positive result tells people they might need treatment. If a laboratory test confirms a positive result, this clinical visit should lead to the start of antiretroviral therapy, which makes HIV undetectable and untransmissible and allows people to live long and healthy lives.

In March 2020, just as COVID stay-at-home orders began, Hecht’s organization launched the TakeMeHome.org website to send free at-home HIV tests to people across departments in the American healthcare can use TakeMeHome to send the tests to people who live in their jurisdictions. In its first year, TakeMeHome sent nearly 5,000 tests to five states and 12 local jurisdictions. Of those who responded to follow-up surveys, 36% had never been tested for HIV and 56% had not been tested for over a year.

Last year, the Centers for Disease Control and Prevention launched a larger trial using the TakeMeHome platform. The agency planned to distribute 100,000 home HIV tests over 18 months in all 50 states, DC and Puerto Rico. It was in some ways a success, as the testing reached groups of people the CDC considers “priority populations”: black and Hispanic/Latino gay and bisexual men, black cisgender women, and transgender women. These communities face more structural barriers to prevention and care programs and, as a result, experience higher infection rates.

But the program had one major flaw: it was temporary. Demand for the tests was so high that they ran out after just eight months. The high demand should have prompted the CDC to develop an ongoing program. But so far the agency has not done so.

I asked if the CDC intended to create similar programs in the future. “The CDC will apply the many lessons learned from this activity to future efforts to reach people who face barriers to accessing HIV prevention services,” wrote Pollyanna Chavez, epidemiologist in the CDC’s HIV division. Later on the phone, she didn’t say how they would apply the lessons other than continuing to encourage state and local health departments to use home-based screening programs “as one of many tools in the box.” tools to improve HIV prevention”.

But a system that relies on local departments for a crucial tool creates a patchwork that leaves some people falling through the cracks.

Natalie Cramer, deputy executive director of programs at the National Alliance of State and Territorial AIDS Directors, noted that each health department has its own way of doing things. This makes sense because they serve different communities and have different levels of staff. (Local efforts can also be very personal: Lopez, for example, includes his own contact information in tests sent to Arizonans.) But ultimately, those differences could lead to nationwide disparities in the ability to access home tests. For example, some departments allow people to order tests every 90 days, while others limit the ordering frequency to once a year at most (which could be a question of funding rather than philosophy). And some regions don’t offer home testing kits at all. A national test kit program would fill these gaps and complement the services that already exist.

Although cost is a barrier to implementing a national home-testing program, the CDC estimates that average lifetime healthcare costs are $420,000 higher for people living with HIV than for those who are not. So preventing additional infections would cost a lot of $40 home tests. Additionally, as we have seen with COVID, government can act to reduce the costs associated with HIV testing. Requiring health insurance plans to cover them, as the Biden administration did with COVID home testing, could reduce the number of people who relied on a national government program. The FDA could also approve more home HIV tests; the European Union has approved three. This could increase competition, which would help reduce costs.

Many lessons learned from the HIV epidemic have helped us adapt to the COVID pandemic. One of the most prominent examples is how HIV research paved the way for the development of COVID mRNA vaccines. Now let’s take what we’ve learned from COVID and apply it to HIV. Home tests have become commonplace and everyday. This is the perfect time for home HIV testing to also become normal. 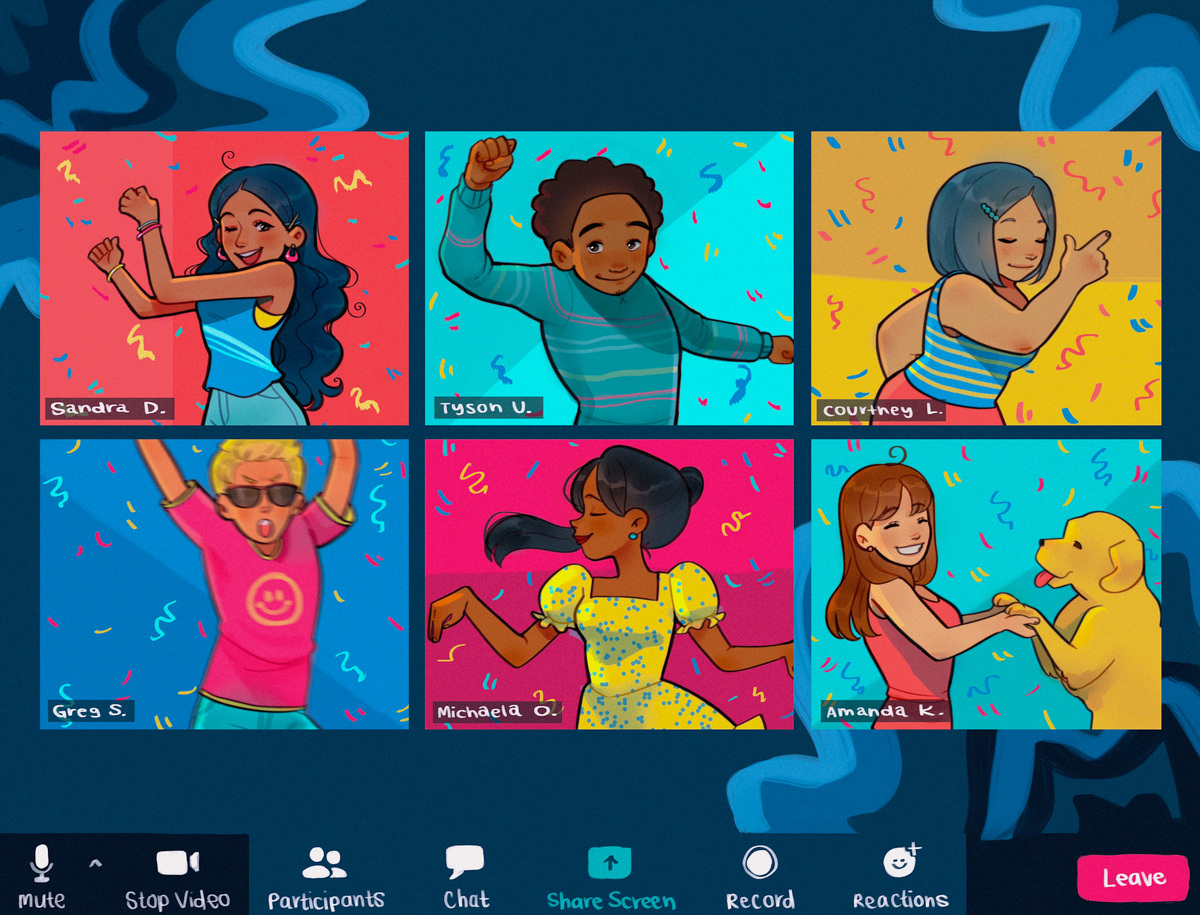