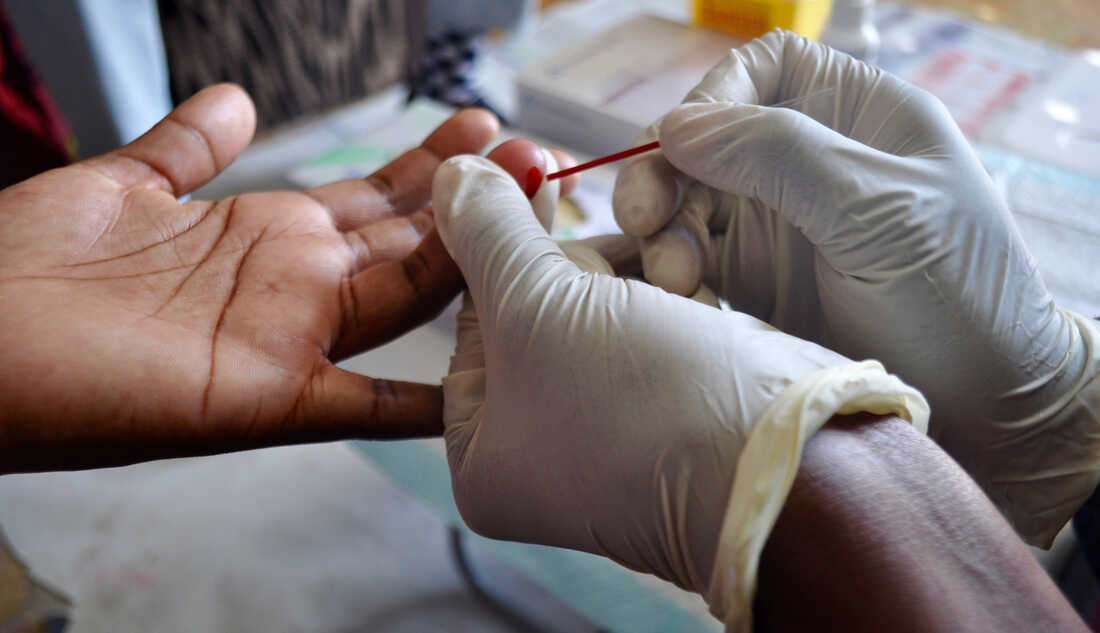 In 2000, Dejah Osman contracted the human immunodeficiency virus, HIV, shortly after marrying Kabir. The 42-year-old, whose name has been changed for fear of stigma, works as a cleaner at a tertiary institution in Minna, Niger State. Her biggest fear was to tell her husband about her status because she knows how troubled and emotional he can be. When she finally did, her fears became real when her husband developed high blood pressure (BP), which ultimately led to his death in 2007.

Apparently he contracted the virus before he died, but Ms Osman insists it was anxiety that killed him and not the virus. “His anxiety which caused high blood pressure led to his death because he was too afraid of what people would say when they found out. He was afraid we would be asked to leave the house we were renting. He had just afraid of so many things.

“Because of this, he started seeing an herbalist in Gwagwalada who gave us ‘Abalak’ (an indigenous medicine believed to cure HIV/AIDS). He also traveled to other communities in Niger State, seeking solutions. There was also a juju man who took so much money from us at the time and promised to heal us but nothing happened,” she told DAILY NIGERIAN.

Prior to her husband’s death, Ms Osman fostered and gave birth to Mahmud, who is now 17. Unfortunately, Mahmud also has the virus.

Shortly after Mr. Osman’s death, she began seeking help at Minna General Hospital as her condition continued to deteriorate and no family members offered help. Later, she joined a local HIV/AIDS support group at a local hospital in Dutsen-Kura Gwari and this proved to be a watershed moment in her quest for support.

“It was the very first counseling class I attended after knowing my status since 2000 and it was probably all my husband needed to be alive. If he had had the opportunity to attend one of those classes, I doubt he’s dead.

“The day I went to the meeting; I have seen many others like me. It relieved me and I said, ah, it’s not just me, but by then my husband was already gone,” she said.

Speaking about the stigma, Ms Osman said she only disclosed information about her status to her mother years later after contracting the disease. “Before, we didn’t really live near my mother and we didn’t visit each other frequently. When I told her, personally, I didn’t feel stigmatized. The only thing that happened was that she collapsed when she heard the news. She only regained consciousness after three days. She also became hypertensive but she is still alive to this day.

“Apart from her and her relatives and those advising us, no other member of the public knows about it and I haven’t felt stigmatized in any way. I still go to my place of work and live like any other normal human being now. Even my neighbors don’t know because before my husband died he gave me strict instructions not to tell anyone my status,” she said.

She said meeting the support group set up by a non-profit organization, Friends of the Poor in Africa Foundation, FOTP, helped her overcome many challenges as an HIV patient.

Ms Osman has decided to remarry and her three children – 11-year-old Safiya, 5-year-old Adama and Umar – have tested negative for the virus.

The psycho-social support initiative by FOTP

The psychosocial support approach for people living with HIV (PLHIV) aims to understand the influence of the social environment on their physical and mental well-being and their ability to function. It helps to meet a person’s emotional, physical, mental and spiritual needs, all of which are essential elements of positive human development.

To this end, FOTP has set up a psychosocial support initiative, PSI, to meet the needs of people living with HIV/AIDS. The organization was founded by the Rev. Chiedozie Ezeribe, a priest from the Catholic Diocese of Minna, Niger State. The clergy said the organization accesses PLHIV largely through the state general hospital in Minna on periodic visits to offer interventions. At other times, when General Hospital is flooded, they send some of the patience back to Divine Mercy Hospital, an organization that also works closely with FOTP. In the hospital, the FOTP will assume the responsibility of counseling patients and other activities in its psychosocial action.

Contrary to what can often be achieved in disease management in Nigeria, the methodologies employed by the organization are quite unique. Through a well-thought-out process, FOTP quickly dismantled the barriers of self-pity and stigma that most infected people face by encouraging victims of the virus, who overcame the shame of the virus and its stigma, to re-counsel patients. These experienced patients are already well developed psychologically and are making waves in their careers.

In addition to this, the results showed that the organization offers free psychological therapy classes for PLHIV, through the help of professionals, to get rid of suicidal thoughts, which Ms Osman confessed to giving a try. FOTP also provides free recommended drugs to these patients and meets other medical needs, while providing food for many people who cannot support their families.

In her words, Ms. Osman said, “PSI cares for the mental, physical and spiritual well-being of patients. They took care of our medicine and everything related to our health. Other times they prayed with us and for us, whatever faith we profess.

“In my time, we were between 80 and 100, if not more. Every time we have a class you can literally see everyone happy and hopeful. Some of us who had suicidal thoughts were able to overcome them. Now I don’t really care what those who know my status say or think about me, because the class made me brave,” Ms. Osman said confidently.

According to her, FOTP’s strategy of meeting the needs of PLHIV has largely worked, especially for her. She thinks that having people with the virus, who have nipped their fears in the bud, has helped her to live on top of her situation, especially knowing that she is not alone in her life. spell.

Going beyond counseling to meet the personal needs of these patients also worked. Mr. Ezeribe noted that without some of the things that the organization has included in the psychosocial activity, such as providing groceries and covering the cost of some of their medications and other things, many of they would have given up coming to class. at one point.

These people are examined periodically and contacts are made to ensure their well-being. According to Fr. Ezeribe, the psycho-social support initiative has been largely successful and should be adopted especially in the care of patients with HIV/AIDS.

HIV is a viral infection that attacks the immune system. If left untreated, it can lead to acquired immunodeficiency syndrome, AIDS, a disease in which a progressive failure of the immune system allows opportunistic infections and life-threatening cancers to thrive.

Without treatment, the average survival time after HIV infection is estimated at 9 to 11 years, depending on the HIV subtype. With regular access to health care and a good response to modern antiretroviral treatments, there is no exact number of years one can live. Therefore, a 20-year-old who starts ARVs early enough could possibly live to be 67.

Globally, the disease continues to be a major global public health problem killing 40.1 million people. The World Health Organization, WHO, reported that there were approximately 38.4 million people living with HIV at the end of 2021, of which two-thirds (25.6 million) are in the WHO African Region. However, women represent the largest number of affected patients in this region, at 58%.

The Nigeria HIV/AIDS Indicators and Impact Survey, NAIIS, from the National AIDS Control Agency, NACA, indicates that approximately 1.9 million Nigerians are currently living with the disease.

According to Victoria Matthew, HIV consultant and member of the North Central Civil Society of HIV/AIDS, “The essence of introducing the psychosocial support initiative for people living with HIV/AIDS is to bring these patients who have lost self-confidence. because they feel that once you are HIV/AIDS positive, your world ends. The initiative helps them to have confidence in themselves and that they can still succeed in life.

Adenike Jimoh is an experienced Health Information Officer with the Association of Reproductive and Family Health, ARFH, an indigenous non-profit organization committed to improving the quality of life of underserved and vulnerable communities in Nigeria. She said: “The best way to care for someone who is confirmed to be HIV-positive is to give the person careful attention and care. It is also important to advise caregivers, so that they know the right time to give medication to patients.

“Viral load refers to the amount of virus housed in the body of an HIV-positive patient. Regularly taking adequate medication helps suppress them and lack of medication helps them grow fast,” she told DAILY NIGERIAN.

“An HIV-positive patient can marry a non-HIV-positive individual without risk of transmission if the former has a suppressed viral load. Breastfeeding mothers who are HIV positive, after two months of pregnancy, are also advised to take a viral load test to determine the level of risk of breastfeeding their child,” she said.

Ms Jimoh also said the baby should only be breastfed for six months as the child should start producing teeth by then. It also avoids the risk of biting the mother during breastfeeding, which could also expose her to the virus.

“When positive mothers do not show up for viral load testing sooner, nevirapine should be given to the baby at an early stage (72 hours a week, for six weeks). After that, an early infant diagnostic test, EID, would be done to determine if the child is positive or negative for the virus,” Ms. Jimoh said, adding that with proper management and support, people like Osman can live full lives.