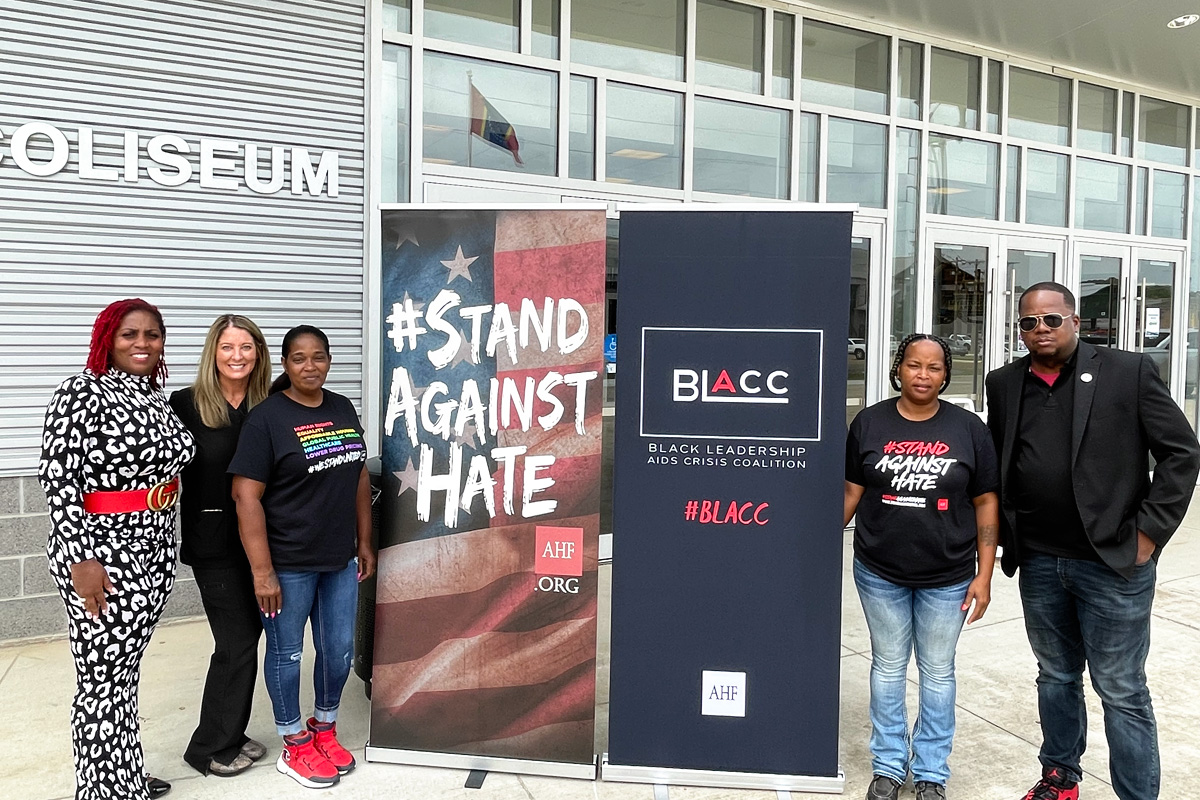 Jackson native Yolanda Singleton has cared for patients living with HIV and noted its effects on them for over 30 years. The registered nurse, who focuses on women’s health, has also seen progress in HIV health care over time.

“(HIV) is no longer a death sentence,” Singleton told the Mississippi Free Press. “Often people think that if I get HIV it just means I’m going to die in six months. People can now lead healthy and productive lives with an HIV-positive status and proper health care. »

Nurse also owns Xperience Jxn Entertainment, an events company that began with her need to host exciting events in the capital after hearing complaints about the lack of things to do in Jackson.

“They can spend Jackson’s money in Jackson, and then we can also bring people from other cities to bring money to Jackson, spend money, and leave money here in Jackson,” said Singleton. She also wants the money they spend to help people living with HIV.

Singleton spoke to the Mississippi Free Press a week before the Old School Hip Hop Reunion, an event she organized with the Black Leadership AIDS Crisis Coalition (BLACC) in conjunction with the AIDS Health Foundation to sponsor the event. The hip-hop concert, which was scheduled for August 28, 2021, but moved to January 2022, is an opportunity to educate the community about HIV/AIDS awareness.

The original timing of the event couldn’t have been more perfect after the debacle with the rapper Babewho received backlash about the LGBTQ+ community and comments stigmatizing HIV/AIDS at the Rolling Loud Festival in Miami, Florida in July.

“We have a captive audience, and we will have the opportunity to talk about HIV, its impact on our community and raise awareness,” Singleton explained. “One thing about HIV and AIDS is that it affects one in nine people. And what I mean when I say that is that one in nine people are either infected with HIV or know someone who is infected with HIV.

Young black men most at risk

“If someone is HIV-positive, we connect them to their first doctor’s appointment within three working days. We have over 1.5 million people in care, many of whom lack the ability to afford the life-saving care they need and deserve,” he said during a interview on Zoom on August 23.

Sharon Brown, an AIDS Healthcare Foundation attorney who was also on the call, started working for the organization in 2014, a year after a clinic opened in Jackson. As an activist, she goes out into the community and organizes forums to educate the community about HIV, STDs and the importance of getting regular HIV tests, Brown explained.

“In 2018, Mississippi ranked in the top 10 in the United States, with African-American men ages 18-25 being the highest demographic to contract HIV and African-American women being the second highest. highest group,” she said on the call.

“Peel the Layers Off”

On August 24, seven days after MFP’s interview with Yolanda Singleton, she announced on Facebook that the Old School Hip Hop Reunion was postponed to January 15, 2022. The reason? The delta variant.

In July, the Mississippi State Health Department reported more than 400 new cases of COVID-19 on July 7, the most for a day since March 13 this year. Since then, cases have continued to rise to the point that hospitals across the state are filled to the brim, with UMMC having to convert a garage into a field hospital, with other facilities across the state following suit.

Students across the state had to quarantine following the start of the school year. And an eighth grader lost its battle against covid-19 at the heels of Governor Tate Reeves by downplaying child cases. Mississippi learned that an infant had died of COVID-19 as well as several pregnant womenand Dr. Thomas Dobbs said this week that he had identified 72 fetal deaths, or “stillbirths,” associated with pregnant women infected with COVID-19, all unvaccinated.

Canady said he, Singleton and the rest of his team had many in-depth conversations about postponing the concert as they were concerned about the health and safety of concertgoers given the rise in COVID cases across the country. State.

“A message we want to tell people is not only that we want you to make sure you get tested for HIV because we are also seeing an increase in new HIV diagnoses throughout COVID, but we seriously want to let people go to wherever they can to get their COVID shots,” Canady said.

The concert was pushed back to Martin Lurther King Jr.’s holiday weekend in January, coinciding with the event’s #StandAgainstHate campaign.

” It has to stop. We know love triumphs over everything,” Singleton said in the phone interview. “We really need to take a stand against hate and come together, be united and help our community.”

Despite the postponement of the concert, Canady said there is still a lot of work to be done in black and brown communities around education, awareness and removing the stigma surrounding HIV/AIDS.

The incident with Da Baby is an example of a young black man growing up in an environment where some of his statements are what many people feel and have not shared, Canady said. He does not endorse his words, but sees it as an opportunity to educate the young man.

“I think we need to peel back the layers, remove his public status and recognize that he is a younger brother who also needs to be educated and aware of what is going on in our community and how he can use his platform of positive way. way to make a difference and educate the many people who follow him, especially these young people,” he said.

Following the incident, the rapper doubled down on his statements, then apologized on social media before deleting his apology. August 31 was reported that he met with nine HIV awareness organizations.

As for Yolanda Singleton, she challenges people to get tested every six months, if not every year, for HIV/AIDS.

“It needs to become a family conversation no matter if you are single, married, gay, straight, black, white, short, tall, rich and poor. It does not matter. You have to go get tested,” she said.

The Old School Hip Hop reunion will take place on January 15, 2021 at the Mississippi Coliseum at 7:30 p.m. Tickets for the event are available at the Mississippi Coliseum box office, ticket master, or the Xperience Jxn hotline at 678-322-8098 . To learn more about the AIDS Healthcare Foundation, visit https://hivcare.org/ and to test, visit www.freeHIVtest.net. The foundation clinic is located at 766 Lakeland Drive and is open Monday through Friday from 7 a.m. to 5 p.m.