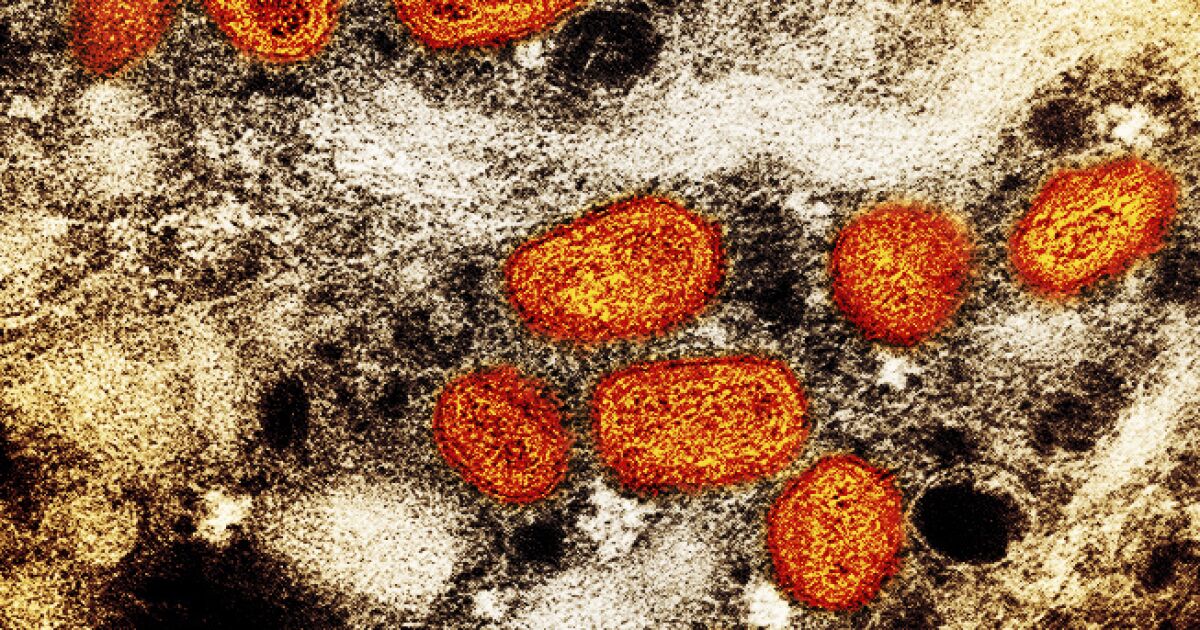 A Los Angeles County resident has died from MPX — the first confirmed death linked to the disease in the country, public health officials announced Monday.

Officials first publicly reported the death on Thursday, but said the specific cause was still under investigation at this stage. Further investigation by the county’s public health department and the US Centers for Disease Control and Prevention determined the death was due to MPX, also known as monkeypox, according to a statement.

Another possible death – of a severely immunocompromised adult diagnosed with MPX – was reported in Texas in late August. However, authorities have not yet determined definitively whether this death was caused by the disease.

The LA County Public Health Department noted that the local resident “was severely immunocompromised and had been hospitalized”, but otherwise did not release other details – such as age, gender or city. of the person’s residence – citing confidentiality concerns.

“Severely immunocompromised individuals who suspect they have monkeypox are encouraged to seek prompt medical attention and remain under the care of a provider while ill,” the department wrote in a statement.

California health officials recently began using the name MPX – pronounced mpox – instead of monkeypox due to widespread concerns the old name is stigmatizing and racist. The World Health Organization is in the process of officially renaming the disease, which will take several months.

As of Friday, LA County health officials had reported 1,836 cases of MPX. However, hospitalizations associated with the disease remain rare.

The rate of newly reported MPX cases also continues to slow. For the seven-day period ending Thursday, LA County reported 187 new cases, a 30% drop from the previous week’s tally of 269.

Officials attributed the slowdown in part to vaccination efforts and national survey data suggesting that gay and bisexual men have decreased their number of sexual partners and occasional sexual encounters in light of the outbreak.

Because MPX is not easily transmitted — it typically requires close skin-to-skin contact for an infection to occur, and is nowhere near as transmissible as the coronavirus — officials say the spread of the disease is likely to fade relatively quickly compared to more contagious diseases.

MPX disease is characterized by viral rashes and lesions that may look like pimples, bumps, or blisters. It can first appear in the genital area and rectum before spreading to other parts of the body, and since rashes can be confused with other skin problems, the virus can easily spread through dating. intimate. The risk is higher for people with multiple sexual partners.

“We will likely continue to see cases for a long time to come. But at least the current high number we’re seeing, we’re hoping to see that go down,” Dr. Rita Singhal, chief medical officer for the LA County Department of Public Health, said in a Thursday briefing.

In an advisory released last week, county health officials noted that severe MPX disease has been found in people with poorly treated HIV, stressing how critical it is for those most at risk to treat.

“People with advanced or uncontrolled HIV are at risk of contracting a life-threatening disease. In previous outbreaks, the majority of monkeypox deaths have been reported in this population,” health officials said in an advisory released Friday.

LA County health officials are now specifically urging health care providers to use a drug called tecovirimat — commonly known as Tpoxx — in patients who have or are at risk of developing severe MPX disease.

A previous county advisory issued a month ago only stated that “patients with lesions or pain that interfere with activities of daily living and patients at high risk of severe disease” should be considered for treatment with Tpoxx. .

There is no shortage of Tpoxx, but the drug has been difficult to get to patients, in part because it is not officially approved by the US Food and Drug Administration to treat MPX.

If patients are unable to take the drug orally, Tpoxx should be administered intravenously. Other treatment options include cidofovir, an antiviral drug given intravenously, and the immunoglobulin vaccine.

US officials are also reportedly considering expanding recommendations on who should be vaccinated against MPX to possibly include HIV-positive men or those recently diagnosed with other sexually transmitted diseases, the Associated Press reported.

Health officials said clinicians are required to report all cases of MPX to the LA County Department of Public Health. If hospitalized patients have worsening symptoms, such as requiring intensive care, hospitals are urged to contact county health officials for consultation and access to more treatment options.