As Nigeria prepares to speed up testing and treatment for the HIV virus in the country, the federal government has said that around 1,629,427 people living with HIV have so far received regular treatment.

He also said that of about 150,000 children infected with HIV, only 80,000 are currently receiving regular treatment.

However, the government said that despite the negative impact of the lockdown instituted as a public health measure to curb the spread of COVID-19 across the world, Nigeria’s HIV program has proven to be resilient with an increase in the number of people placed on treatment.

The Director General of the National AIDS Control Agency (NACA), Dr Aliyu Gambo, who spoke at a ceremony marking World AIDS Day on Wednesday, said that at the Currently, approximately 1.8 million people are living with HIV in Nigeria of whom 90% know their HIV status, 96% are on treatment and 84% are virally suppressed.

He said that out of this number,

Speaking to reporters, Gambo said Nigeria has made significant progress in the fight against HIV / AIDS in recent years.

“Currently, an estimated 1.8 million people are living with HIV in Nigeria, 90% of whom know their HIV status, 96% are on treatment and 84% are virally suppressed,” he said.

Sadly, Gambo said that around 38 million people are currently living with HIV globally, while millions have died from AIDS-related causes.

He lamented that many people living with HIV or at risk of HIV infection still do not have access to prevention, treatment and care, and that there is still no known cure for the disease. HIV.

However, the national theme is “Ending Inequalities, Ending AIDS through Sustainable HIV Funding in Nigeria”.

The chief executive said several activities were planned for the commemoration of World AIDS Day this year, including a march from NACA headquarters to the Berger roundabout, Jumat and Thanksgiving services to the national mosque and the 1st Baptist Church, zone 11, sports at the Sports Center of the Guard Brigade and

event for adolescents and young people with debate between FCT schools.

The panel discussion, as well as a scientific session, will be moderated by the President’s wife, Aisha Buhari, UNAIDS Ambassador for HIV / AIDS in Nigeria at Transcorp Hilton on November 30 and December 1 respectively.

Gambo described the current campaign as the last mile of the national HIV response, which aims to engage the public and private sectors, communities and all stakeholders in the national response to play a role and ensure ownership and sustainability. of the epidemic.

In his view, ensure that state ownership and AIDS remain on the political agenda to overcome all obstacles that prevent access to services, create an enabling environment that promotes equal access; protect the rights of PLHIV and empower decision-makers and implementers.

He further noted that recent evidence from mode of transmission studies and the Integrated Biological and Behavioral Surveillance Survey (IBBSS) aimed at identifying the source and distribution of new infections and the populations most at risk of infection “, have shown that never married individuals, all types of key populations and new infections from mother to child are the driving forces behind the epidemic”.

He said interventions should be targeted at these population groups, adding that the evidence is guiding the program.

While providing an update on HIV efforts, the national coordinator of the National AIDS and STI Control Program (NASCP) Akudo Ikpeazu said there has been a dramatic improvement in HIV testing. and the number of people living with HIV who have been mobilized for treatment between last year and now.

She said more than 400,000 people have been placed on the regular HIV treatment program in the past year.


There was a problem processing your submission. Please try again later.

For his part, the national coordinator of the Network of people living with AIDS, Abdulkadir Ibrahim, regretted that at a time when the world is aiming for the total elimination of mother-to-child transmission of HIV in the world, Nigeria is still recording a huge number of HIV infections in children. .

Ibrahim said the COVID-19 pandemic has helped refocus on ways to help and empower people living with HIV so they can lift themselves out of poverty.

Poverty and inequality are among the biggest catalysts for the spread of HIV in the country, he said.

UNAIDS Country Director Dr Eramus Morah said recent studies have revealed the reasons the world missed the 90 90 90 targets and why there is a need for urgent action and transformation ” to end social, economic, racial and gender inequalities, restrictive and discriminatory laws, policies and practices, stigma and multiple and intersecting forms of discrimination that perpetuate the global AIDS epidemic ”.

He expressed the hope that if the right steps are taken, substantial progress will be made in eradicating HIV. 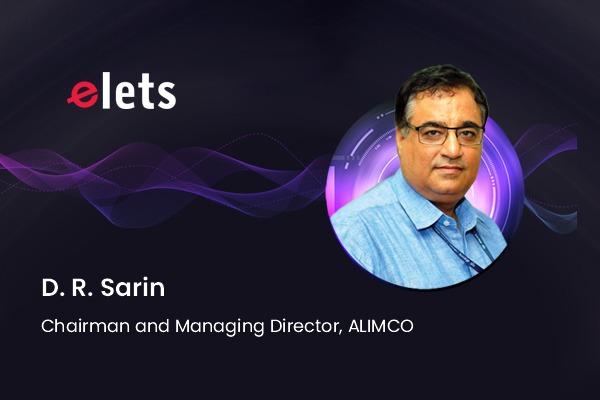 From loss to profit ALIMCO’s journey through the COVID pandemic