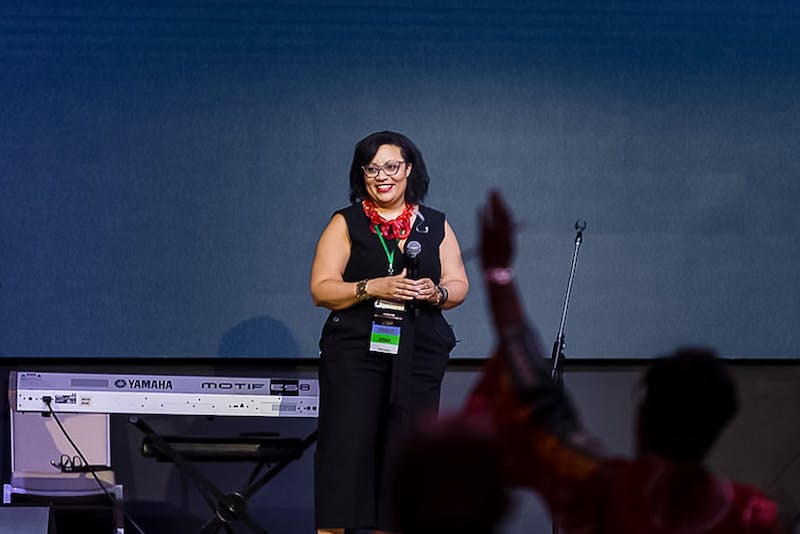 Rita McDaniel, a community organizer with the NC AIDS Action Network, has lived with HIV for 29 years.

She said she wanted people to know that HIV is not a death sentence.

“You can live a long, healthy life with HIV as long as you take medication and educate yourself about the stigma,” she said.

Southern HIV/AIDS Awareness Day, founded by the Southern AIDS Coalition in 2019, was celebrated on August 20 to help spark conversations about HIV and reduce the stigma surrounding the virus in the South.

According to the Centers for Disease Control and Prevention, HIV is a virus that damages the immune system and affects how the body fights infection. If HIV is not treated, it can lead to AIDS.

An infected person may experience flu-like symptoms within 2 to 4 weeks after contracting HIV. However, some people have no symptoms, so testing is the only way to confirm.

According to a 2020 report from the North Carolina Department of Health and Human Services, approximately 34,963 people living with HIV reside in North Carolina. This includes people who were originally diagnosed in another state.

McDaniel noted that people of color in North Carolina are disproportionately affected by HIV. In 2020, an NCDHHS report showed that the highest rate of newly diagnosed HIV infection in the state was among adult and adolescent black men.

“The stigma is what’s really killing us,” she said. “It’s not the disease itself, it’s the stigma – so we have to live, as a community, with the fear that someone will find out if you are not prepared to disclose that you are HIV positive. “

In his work, McDaniel provides education on preventive measures against HIV, including pre-exposure prophylaxis (PrEP).

When used as prescribed, PrEP reduces the risk of acquiring HIV through sex by about 99% and through injection drug use by at least 74%, according to the CDC.

LaToya Murchison, an advocate for people living with HIV, said she is also living with HIV. She is based in Moore County, where she said there is not much talk about HIV, partly due to a lack of resources.

“The only resource we have is the local hospital and we don’t have any support groups or anything like that in my area,” Murchison said. “So you have no way to really talk about it.”

She added that she uses social media to conduct her advocacy for people living with HIV and AIDS, to share her story and raise awareness of the disease.

Angela Vick-Lewis, another HIV awareness campaigner, also said she had been diagnosed with HIV and stressed the importance of getting tested.

“Know what your status is because now they have all sorts of things here for HIV to protect you,” she said.

Thanks to medication, Vick-Lewis said she had an undetectable status, which means she didn’t have enough virus in her blood for her health to be damaged or for the virus to pass on to anyone. else.

According to the National Institute of Allergy and Infectious Diseases, daily antiretroviral therapy can reduce the amount of HIV in the blood to trace levels.

The therapy stops the virus from reproducing, which decreases the amount of virus that can be detected in a person with HIV.

“So with my center, we’re one of four umbrella centers that do the work of training these nonprofits and giving them money so they can do the work,” Mathews said. .

She also said there are a lot of advances in HIV drugs and research – more than most people realize. As a result, she co-founded the HIV Cure Research Day, held on December 14, to raise awareness of ongoing research.

“I think that’s the future I want to see is more intentional efforts to make sure communities are involved every step of the way,” Matthews said.

To learn more about the Southern Aids Coalition, visit their website at southernaidscoalition.org.

To get the day’s news and headlines delivered to your inbox every morning, sign up for our email newsletters.